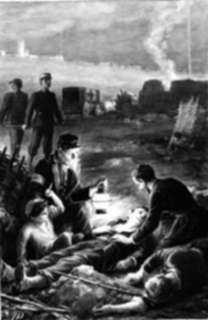 German-American (1847-1935)
Frederick Dielman was born in Hanover, Germany, December 25, 1847. He came to United States as a child, graduated from Calvert College, New Windsor, Maryland (later New Windsor College), and studied art under Diez at Royal Academy, Munich. Betweeen 1872-76, he worked as a topographer and draftsman in United States engineering department. Dielman opened a studio in New York in 1876, and was a National Academician since 1883. He served as president of the National Academy of Design between 1889-1909, and was a member of the Art Commission of New York between 1901-03. As an illustrator and figure painter, he was the designer of the mosaic panels “Law” and “History” in The Library of Congress, and of the large mosaic, “Thrift,”at Albany Savings Bank, as well as the decorations in the new building of the Washington “Evening Star.” Dielman was a Professor of drawing at the College of the City of New York and a member of the National Institute of Arts and Letters. 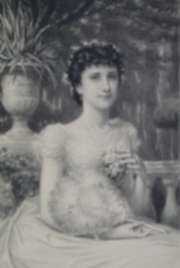