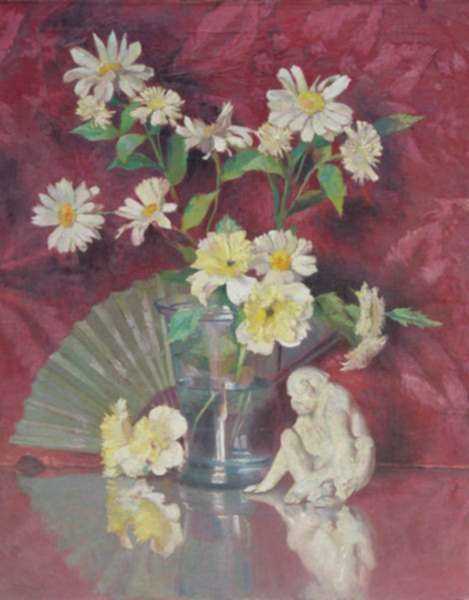 American (1914-1979)
Richard Briggs was born in 1914 in Fairhaven, Massachusetts and was a 1936 graduate of the Massachusetts School of Art. He both studied with and worked in the studio of Ernest L. Major, whose influence is strongly evident in much of his work. The still lifes currently available at Childs Galery are typical of the period and of Briggs’s work at the height of his career. He was an illustrator, as well as a painter, and an active member of the Guild of Boston Artists. The artist’s painting time was divided between the Boston suburb of Newton and the island of Nantucket. In 1938 and 1939, he received two gold medals, the Edward R. Milton awards, at the Jordan Marsh exhibitions in Boston, where his work was shown alongside some of his most important contemporaries. Briggs also exhibited at the Currier Gallery of Art, in Manchester, New Hampshire; the National Academy of Design, New York; and the Guild of Boston Artists. During World War II, he was a pilot instructor for the Royal Canadian Air Force with the rank of flight lieutenant. In the mid 1930s he became friends with Edmund Tarbell, one of the founding members of the influential group of American Impressionists referred to as “The Ten.” At the time of his death, Tarbell left Briggs his collection of pastel chalks. Briggs was later a teacher at the Massachusetts School of Art. This talented artist died on April 3, 1979.

Zinnias with Fan and Monkey
by Richard Delano Briggs