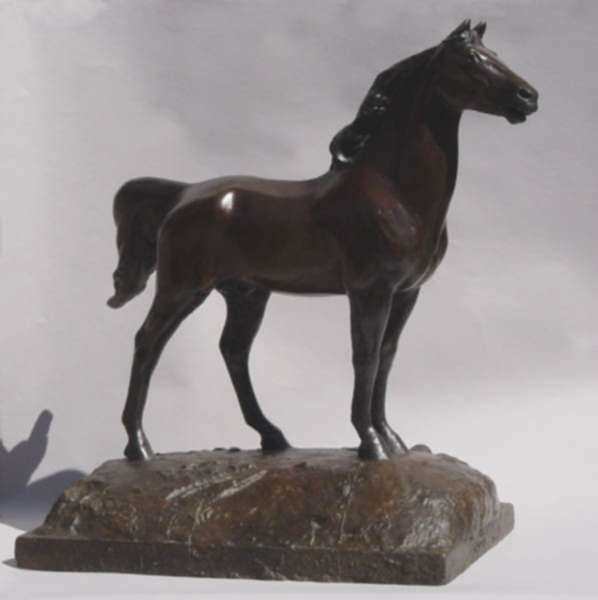 American (1871-1932)
Theo Alice Ruggles Kitson, American ((1871-1932) Theo Kitson specialized in robust war memorials. Regiments of her bronze soldiers, muskets at the ready, and equestrian monuments appear in over fifty public sculptures erected in various parts of the country. The Vicksburg Civil War Memorial alone has nearly 70 separate portraits in bronze by Kitson. Born in Brookline, Massachusetts, Ruggles studied in Paris with the painter Pascal, the sculptor Dagnan-Bouveret, and in New York with Henry Hudson Kitson, whom she married in 1893. By age nineteen, she had already won honorable mentions at the Paris Exhibition of 1889, and the Paris Salon of 1890. The Kitsons moved to Framingham, Massachusetts, and later Sherborn, Massachusetts maintaining studios in Boston. Among her works are The Volunteer, a Civil War monument of 1902; a statue of Tadeusz Kosciusco, the Polish patriot and American Revolutionary soldier, in Boston Public Garden; equestrian Victory at Hingham, Massachusetts; and The Hiker (erected n 1965), in honor of Spanish-American War Veterans near the gates to the Arlington National Cemetery. She also made scores of busts for the battlefield at Vicksburg. Lorado Taft praised her Volunteer, applauding the power and strength of the work, but then added (in a remark that reveals more about him than about her), “One is almost compelled to qualify the somewhat sweeping assertion that no woman has, as yet, modeled the male figure to look like a man.” Kitsons bronzes are known to be self-confident, filled with patriotic idealism in the realistic style of her time. (Information for the biography above is based on writings from the book, “American Women Artists”, by Charlotte Streifer Rubenstein.) 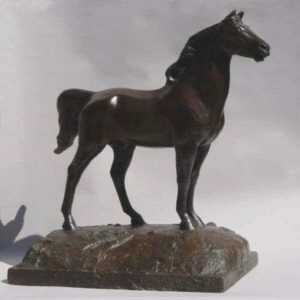