On the morning of September 8th,16-p.B., Octavian the Pale and his remaining disciples met Everett Whipple and his mutineers on the ruined battlefield of the Broken Shell. They called themselves St. Crispin’s Mortals, a name adopted for their renewed awareness of their own mortality. Octavian and Whipple’s disintegrating friendship played out on the largest scale. Once united in merriment, Endres shows the lost boys’ collective last hurrah and mutual self-destruction. In the opening moments of the fray, Whipple is able to embarrass Octavian with a paintbrush to the face, baptized in copper. Rallied under the symbol of the single gray hair, St. Crispin’s Mortals are adorned with patina copper war paint; Octavian and his followers sport blood red.

The scene is the opening moments of farewell mayhem, characterized by a smattering of vignettes. Faithful servants of Octavian, Lord Monmouth, Ulysses Scrimshaw, and Irva Krella, now all his enemies. The madman James Edgar Kurtz, rejected by both sides for violent unpredictability, managed to escape his imprisonment and the clash. I don’t think Kurtz quite ‘gets’ the war paint idea. The mega powered Z, intervenes with her terrifying abilities, come for payment on a broken truce. The lost boys have gone from playing war to realizing it.

And so ends the brief, yet not brief enough, 900-day rule of Octavian the Pale.

The mangled and disgraced Octavian survived the battle, though could not show his copper covered face in New Boston again. Those who survived the Gray Hair Revolt went to great lengths to forget their time with the lost boys. Some would go on to great destinies, some would be content simply with venturing away from Octavian’s influence. Strangely, in the Spring of 17-p.B., Everett Whipple, the leader of St. Crispin’s Mortals, went missing too…

And just as the lost boys immortality came to an end, so does our time together. I hope you have enjoyed learning (or remembering) the rise and fall of Octavian, and the folly of truth. 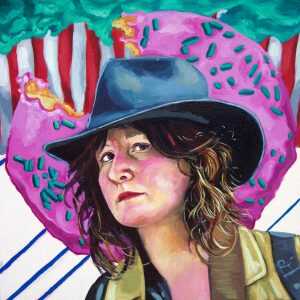 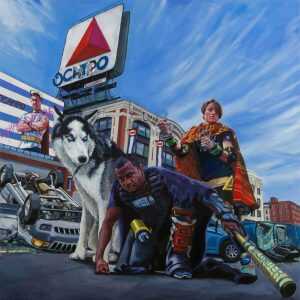