The Miraculous Victory of Octavian the Pale

New Boston?s need for leadership was briefly answered by the Hamiltonians, the strongest of the many tribes who had formed after Ocampo?s defeat, thanks largely in part to Gurn the Colossus of Winthrop. If the lost boys aimed to conquer Boston, it was only at the Hamiltonian's permission, or death. Atop tank treads and flanked with their prized tigers Kaiser and Cuddles, Helena and Archibald Hamiltonian hosted an open contest against the champion Colossus, a display of their power and influence. Doused with paint, as was the custom for challengers, only one faced Gurn that day, the prudish D.G. Armstrong, who was now going by a much different name... OCTAVIAN THE PALE. Armstrong had led the "Scalping" Seventh Regiment for the United American League (U.A.L.) during the War and had become something of a folk icon for having at one point recovered Ocampo?s head from the Ishmaelian Society (before losing it to the Whigs.)

The logistics of the actual fight remain unclear, only that Octavian was triumphant. His disciples claimed it was a hard-earned victory replete with brute strength and sharp wits, akin only to the biblical David and Goliath. Others have claimed Lord Monmouth was instructed to shoot the Colossus dead before the fight began.

It was in the endorphin rich aftermath of this miraculous achievement that Octavian would, with a simple promise, solidify both his rise and fall.

Both meant and taken as a literal promise, it sounds like something out of fairy tale, I know. Forever the appropriator, Octavian rehashed a speech he had given some ten years earlier,

"We are no longer Bostonians! We are no Americans! Forget your old denominations! Be absolved of their weight. Let us be fused together on the smoldering heap of the past. Today we are baptized in paint as Children of the Burden! Follow me and live forever!"

As a historian, it is my duty to remain as unbiased and as removed as possible from the content of my work, though as a Bostonian please indulge a brief interjection: Octavian sucks. 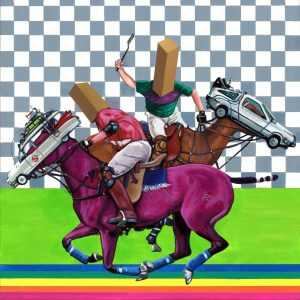 I Ain’t Afraid of No Joust
by Paul Endres Jr. 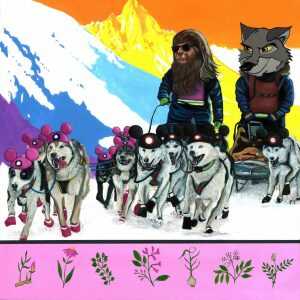 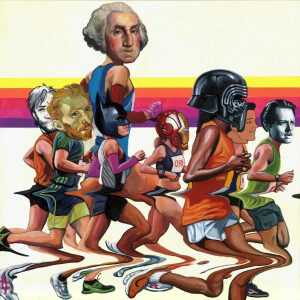 Put a Cork in It
by Paul Endres Jr.

American (b. 1985)
Put a Cork in It, 2020
Oil and acrylic on panel
12×12 IN.
Price Upon Request
Save for LaterRemove from Saved List
Save for Later
READ FULL DETAILS ON ITEM PAGE

I know you are but what am I?
by Paul Endres Jr.

American (b. 1985)
I know you are but what am I?, 2020
Oil on paper on VHS cassette tape, with spray paint and ribbon
7.375×4.125 IN.
Price Upon Request
Save for LaterRemove from Saved List
Save for Later
READ FULL DETAILS ON ITEM PAGE

American (b. 1985)
Checkmate, 2020
Oil on paper on VHS cassette tape, with spray paint and ribbon
7.375×4.125 IN.
Price Upon Request
Save for LaterRemove from Saved List
Save for Later
READ FULL DETAILS ON ITEM PAGE

The First Cephalophore of the Burden Age: Arthur Daedalus
by Paul Endres Jr. 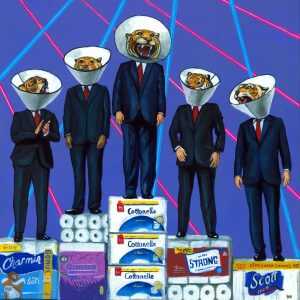 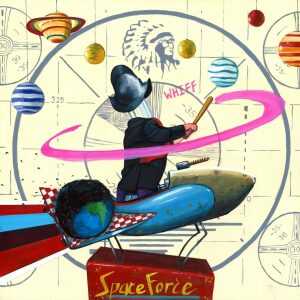 Me Time
by Paul Endres Jr. 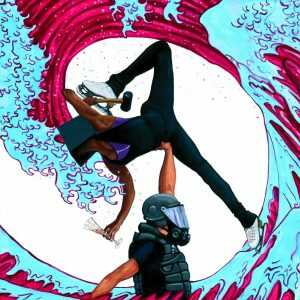 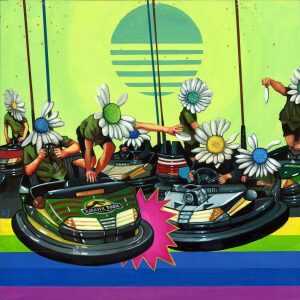