Two or three blocks from the business section of Fort Scott are buildings erected nearly 100 years ago by General Winifield Scott as a military post for protection against unruly Indians. There is a plaza on which General Scott paraded his soldiers. On it stands an old log block house with niches through out its thick walls for the rifle barrels of the soldiers. There is a stable said to be of native walmut, in which the cavalry horses were kept. Other frame buildings were used as offices, barracks and dining halls. The fort was abandoned in 1865 but has since been made part of the National Parks system in the 1960s. 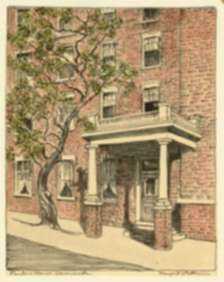 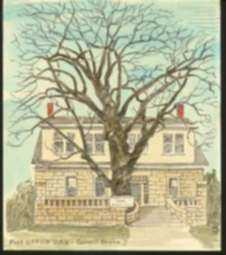